Back in 2017, the television show “13 Reasons Why” aired. The show presented the story of a fictional teenage girl, Hannah, who leaves behind 13 recordings on her cassette after killing herself. Each recording blames a person who supposedly played a role in Hannah’s decision to commit suicide… Dark, I know. The show drew massive pushback, many critics claiming that mental illness and suicide were glorified. “13 Reasons Why” is just one of the many TV shows that brings attention to mental health. Whether or not the critics are justified in their concerns, there is no doubt that “13 Reasons Why” and other shows — like “Normal People”, “This is Us”, “The Queen’s Gambit”, and the recently popular “Euphoria” — shine a light on and normalize mental illness. 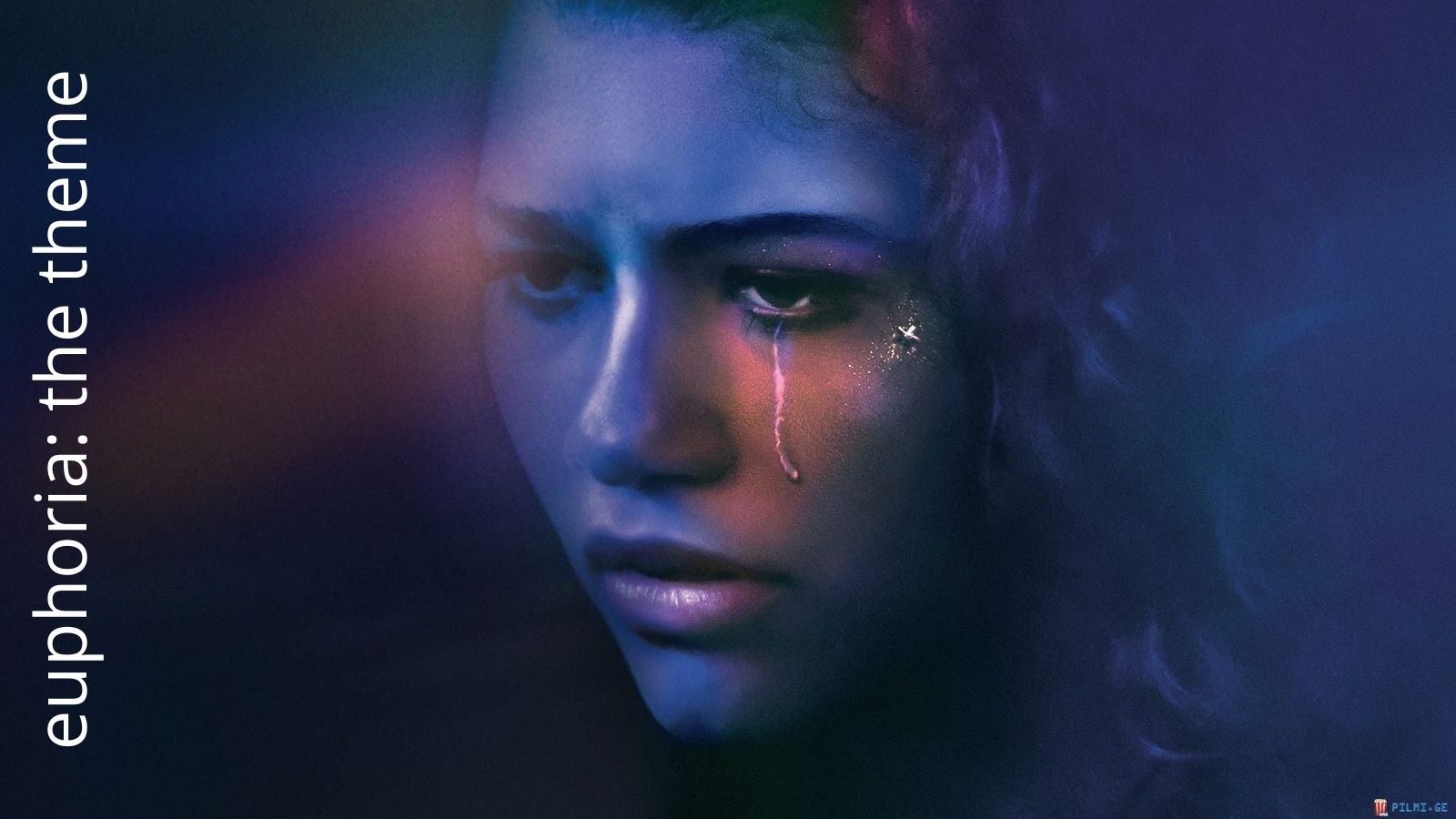 Photo caption: Zendaya, who plays the main character of “Euphoria”, Rue: a teenage girl who copes with her many mental illnesses (depression, anxiety, ADHD, bipolar…) by abusing substances.

We constantly hear that in order to ameliorate mental health problems, we must “spread awareness” about the issue and “destigmatize” it. While on paper, these attempted solutions seem good, in practice, they are causing harm. Society has already done both of these things, (as shown by the plethora of media content surrounding mental health.) In fact, I believe that society has done things so well, (rather, so poorly,) that the overdrawn attention to mental illness and extreme destigmatization of it has “normalized” it, ultimately causing us to forget the severity of mental illness. Apparently, now more than ever before, people suffer from mental health issues. In fact, it is estimated that “nearly one in five U.S. adults live with a mental illness” (52.9 million in 2020.)” Why? Why are there so many people suffering if we have much such “progress” in shining light on the issue and destigmatizing it? As the psychopharmacology revolution is surging, medicine is advancing, and media is “destigmatizing” mental health, why has the number of mentally ill in the United States skyrocketed? (If you want a good read on these questions, “Anatomy of an Epidemic” is a great place to start.)

I’m not going to argue that mental illness has been glorified, (although in some forms of media it definitely has.) However, I do believe that mental illness has been normalized. The overwhelming prevalence of mental health in TV shows and on social media has led to distorted notions about what is and what isn’t mental illness. Terms like depression and anxiety are thrown around so haphazardly lately: we characterize normal feelings (like being sad or being anxious) as mental illnesses. Being sad or being anxious is not the same as having depression or having anxiety. The media has muddled the distinction between normal emotions and severe mental illnesses. The Instagram reel below depicts this well… the caption encourages viewers to continue watching posts about depression #trendy. How helpful!

Vanderbilt students themselves have made mental illness into a meme: 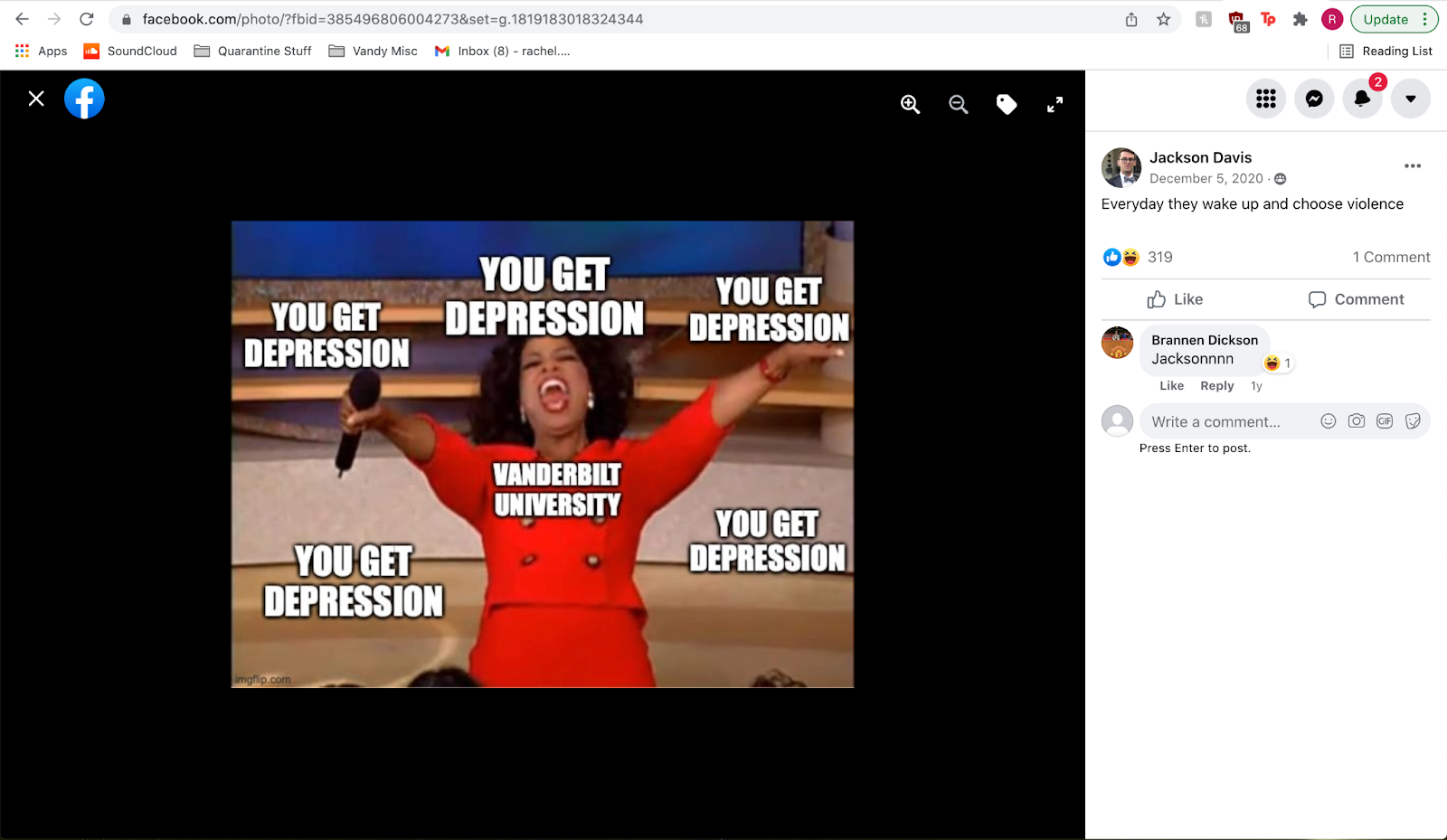 It’s rare to come across a show, (or any form of media for that matter,) that accurately and compassionately depicts mental health. Expecting immoral, money-driven “influencers” or the general media to stop producing content that has these negative effects is unrealistic. As is relying on policy-makers to remedy this issue. When it comes down to it, we must take it into our own hands: being extra cognizant of how mental illness is being portrayed, being questioning of the media and the information we consume, and not getting on the bandwagon of turning emotions into illnesses. 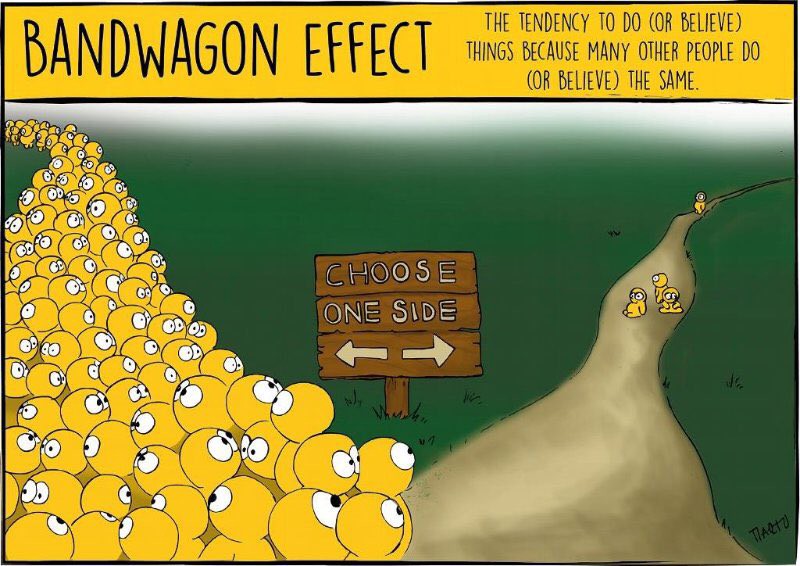 4 thoughts on “Muddling of Mental Illness”